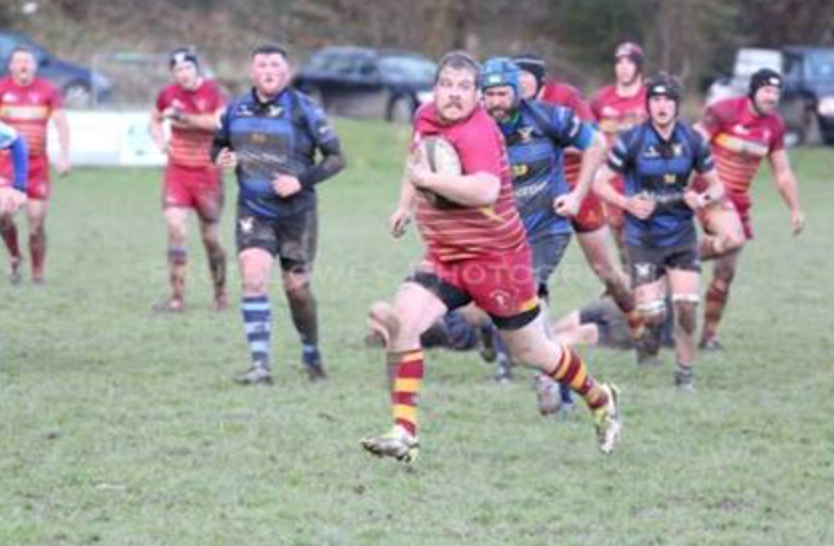 Isle of Man Examiner - A devastating first half from Celts decided the match result when running up 7 tries, but as a contest Ramsey had plenty still to offer. Nick Hughes set the Celts ball rolling with a try after 10 minutes, followed closely by tries from Rob Bowen and Mark Howarth. Dom Winrow was at the heart of the pack, and another driving run from the QE2 school master had Jean Burl in try-scoring support. Daryn Thompson, Shaun Wyllie and Hughes’ second took Celts out to 47-0 with Wyllie and Carl Conroy conversions. Ramsey flanker Nathan Thompson led the resistance from the front in the second-half, but when centre Henry Swithinbank was correctly yellow carded by referee Chris Till for a tip tackle, Conroy, Nathan Knights and Harrison Kirk took advantage of the reduced defence to score tries. Ramsey full-back Gary Vernon spiralled a couple of penalty awards towards the corner, but line-out gips spoilt the scoring opportunities. Thompson’s spillage after a swashbuckling break-out through several pairs of Douglas hands caused much New Zealand anguish, and Swithinbank’s return shored up the Ramsey defence again. Douglas full-back Charlie Henthorn completed the scoring after Liam Kinley and Tyrone Smith levered open the gap and Conroy added the extra’s.