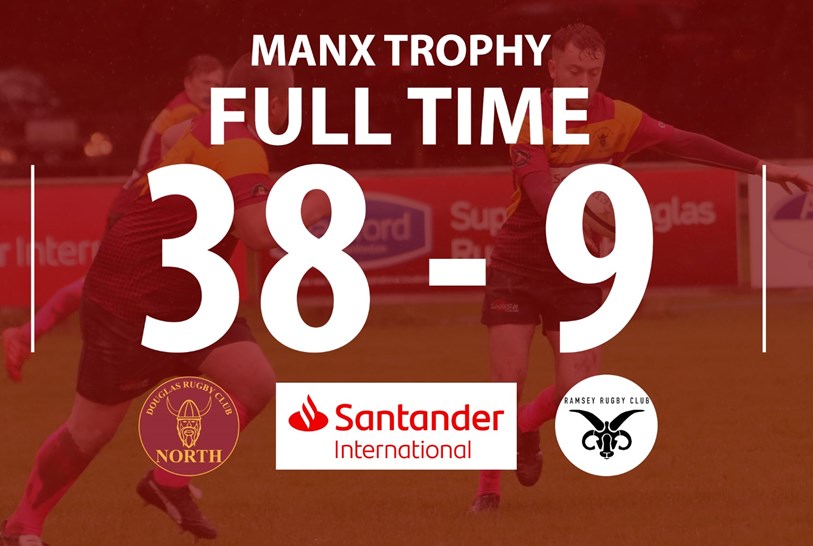 Ramsey made them work for the 38-9 result, and had a shot to lead from a Dan Richmond penalty attempt that drifted wide. The league leaders were then never headed after Shaun Wyllie, picking a great line through midfield, helped put Kyle Martin over unopposed. Two Richmond penalties closed the gap to one point at the break, but Douglas North stretched away in the second half through tries from Robert Todd, Charlie Henthorn and Lance Wyllie for the bonus point. A Richmond penalty interrupted the flow, before Shaun Wyllie crossed and Martin made it a brace alongside Luke Hyland’s four conversions