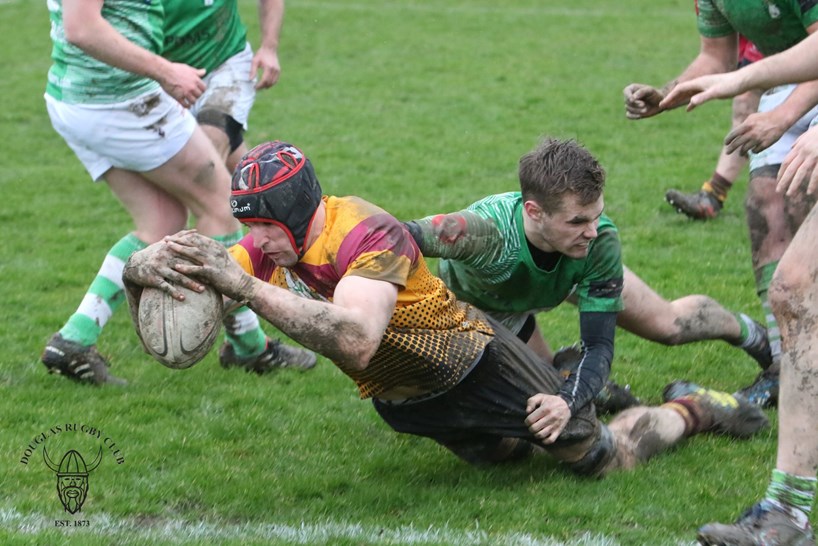 Quilter International Douglas Celts advanced to the Manx Cup final with two rounds to spare after a comprehensive win at Port-e-Chee that was effectively sealed by half time. Although wet underfoot, the first half foundations were laid by a ruthless Celts pack where Dan Creer, Robert Todd and Michael Osbourne were dominant. A trio of Tom’s also sparkled as McCormick, Coleman and Dutnall orchestrated an efficient offence which saw flanker Craig McGee rack up four tries in 25 minutes. With one conversion from Jack Rowlands, and Bryn Snellgrove adding another try, the 27-0 score line was a chasm at half time. Gerard Landels and Mark Young marshalled rare Nomads attacks as the weather deteriorated in the second period, but McCormick, Coleman, Osbourne and Todd added Celts tries, and Rowlands and Josh Carine a conversion each to rack up the half century for the Cup holders.